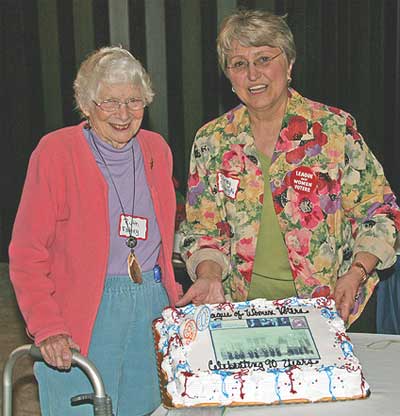 Current and former members and guests gathered for the Door County League of Women Voters’ annual meeting at Mr. G’s Supper Club on Thursday, May 13, celebrating the 90th birthday of the League. In addition to their annual business meeting and dinner, the audience enjoyed presentation contrasting world events with League activities and achievements. It spanned the nine decades since passage of the 19th Amendment granting women the right to vote and the birth of the national League of Women Voters (LWV). When the presentation reached the 1950’s, information about the local League’s activities and accomplishments was added.

The highlight of the evening was focused on Ruth Fahey, a charter member of the League of Women Voters of Door County, blowing out of candles on the 90th birthday cake. The local group was formed in 1952 and known then as the Sturgeon Bay League. Members and former members shared stories of how they became involved as well as other memories of their time in the organization.

The LWV grew out of the suffrage movement, called a “mighty political experiment” designed to help 20 million women carry out their new responsibilities as voters. Although it had only women members for its first 50 years, men are now welcome members and participants in League activities. Over the years the League has earned awards for its work on diverse issues in all areas of public policy including an Emmy for “outstanding achievement in broadcasting” – the 1976 Presidential Debates.

The League is a grass roots non-partisan organization. While the LWV is best known for its voter service work such as supporting voter registration and conducting candidate forums and its nonpartisan policy of not supporting candidates and political parties, it is also an organization which takes a stand on issues. Members choose study topics, which are of interest locally, statewide, and nationally. A consensus is reached by the membership which turns into a written position on that issue. Once a position is reached, Leagues are ready to take action such as holding public informational meetings, observing governmental units, lobbying elected officials, and testifying in various ways.

Just a few of the many issues the Door County League has studied and acted upon have been water quality and protection of wetlands, health care, drug and alcohol issues, redistricting, funding of public education, voter registration, and Open Meetings laws. In all of their actions local Leagues are guided by the LWV US and LWV WI. Anyone wishing more information should call President Shirley Senarighi at 920.743.1691. 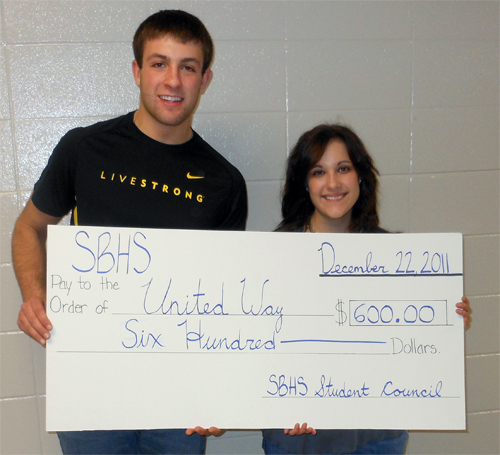