The Peninsula Players will begin its 75th season June 15 and run through October 17 with a mix of shows, which includes a Tony award-winning Sondheim musical, an award-winning thriller/mystery and a variety of award-winning comedies.

The season, cast and designers were selected by the Players’ Artistic Director Greg Vinkler while he was performing the role of Doc in Broadway’s “West Side Story.”  Vinkler has been with Peninsula Players since 1988, was named artistic director in 1994 and has directed and acted in many Peninsula Players shows.

Vinkler’s focus for the 75th season is on the company.

“When celebrating a major anniversary, some venues focus on pulling shows out of the attic,” Vinkler says.  “I did not want to do that.  It seemed to me that what has made Peninsula Players endure for 75 years is the great variety of quality shows we produce and the very talented company members we assemble every year. ‘Do that, Greg,’ I thought, ‘and do it well, and you will celebrate everything we are and have been.’”

“We have a great mix of shows from a musical filled with song and dance to romantic comedies, thought-provoking comedies and the thrill of a mystery,” Vinkler says.  “Patrons will enjoy seeing the familiar faces of Neil Friedman, Sean Fortunato, Tom Mula, Tim Monsion, Kevin McKillip, Karen Janes Woditsch and Carmen Roman.  All are very talented actors performing in a variety of roles this summer.  We will also bring to the stage some fresh newcomers to work alongside the Players veterans.”

Vinkler is on a leave of absence from his Broadway role in “West Side Story” to act and direct this season with the Players.  Vinkler will be in the Peninsula Players first offering, “Heroes,” by Gérald Sibleyras, translated by Tom Stoppard.  Three veterans of World War I plot their greatest adventure yet, to escape the veteran’s hospital! Their wits may not be fully intact, but even in their autumn years they retain a zeal for life that may just get them past the front gates.  “Heroes” opens June 15 and will run through July 4.  It won the Olivier Award for Best Comedy and several Moliére Award nominations, including Best Author.

This comedy features a cast of Players veterans including Vinkler, Mula, and Monsion under the direction of Karen Sheridan, another Players veteran.    These performers have worked together on numerous occasions at the Players.  While performing in various comedies at Peninsula Players Sheridan has run off with Vinkler, cuddled with Mula and slapped Monsion with a fish.

Mula celebrates his 16th season at Peninsula Players, where his play “Bob Almighty” had its première and where he directed Vinkler in “Amadeus,” “Be My Baby” and  “The Lion in Winter,” and directed Monsion in “Angel Street.”  Monsion has performed in “Communicating Doors,” “Born Yesterday” and last season’s “Is He Dead?”  The camaraderie these three actors/directors have built over the years resonates in their performances as three war veterans.

“A challenge in casting a resident company is that I need to look for shows that allow the cast of one show to have roles in the next,” Vinkler says.  “Part of the fun of seeing more than one show at the Players, is that you see the same actor in three or four different roles during the season, some larger than others.  For example, Tim Monsion will open the season in ‘Heroes’ then move into roles in the musical and the following comedy by Alan Acykbourn.”

Also returning to the Players are McKinley Carter, who was last seen in “The Taffetas” and “Into the Woods;” Erica Elam from “Born Yesterday” and “Rumors;” Cassie Wooley from “Cabaret” and “Little Shop of Horrors;”  Peggy Roeder from “Cabaret,” “Noises Off” and “Dancing at Lughnasa.”

Kristine Thatcher, who was commissioned in the 1990s to write “Apparitions,” a history of Door County for the Players, will direct the comedy “Over the Tavern” and the mystery thriller “Panic.”  Thatcher performed in the Players productions of “A Few Good Men,” was Eliza in “Pygmalion” and was artistic director for BoarsHead Theatre in Michigan.

“Over the Tavern” by Tom Dudzick will run from July 7 through July 25.  Raising four teenagers over a tavern in Buffalo, New York in the 1950s is a challenge especially just before confirmation when the youngest, Rudy, starts to question the church and ruler-cracking Sister Clarissa.  Thatcher will direct Players veterans Friedman, Roeder and Woditsch and newcomers Keller as Rudy, Keltz, Mueller, and Spetz.

Vinkler will direct the multiple Tony Award-winning musical “A Little Night Music” with music and lyrics by Stephen Sondheim and book by Hugh Wheeler.  “A Little Night Music” will run from July 28 through August 15.  This witty, elegant musical is a celebration of romance, a Valentine to Door County audiences and features the song “Send in the Clowns.”

Under Vinkler’s direction in “A Little Night Music” are Roman, Wooley, Woditsch, Roeder, Monsion, Kopischke, Gibson, Friedman, Fortunato, Carter, Toohill, Rank, Mueller, France, and Keltz.  Musical direction will be conducted by Valerie Maze who will be utilizing the talents of many Door County musicians.  Choreography will be by Linda Fortunato, who with Maze worked on the Players production of “Cabaret” and “A Day in Hollywood/A Night in the Ukraine.”

Creating the scenic designs this year are returning scenic designers Tom Burch, James Maronek, Keith Pitts and Jack Magaw, with lighting designers Charlie Cooper, Stephen White and Jason Fassl, sound designers Victoria DeIorio, Cecil Averett, Barry Funderberg, and Nick Keenan and costume designers Samantha Jones, Rachel Laritz and Kärin Kopischke. Sarah Ross is property master for the season.  A majority of the designers have been nominated for, and most have received, the Joseph Jefferson award for their work in Chicago.

Peninsula Players has been entertaining and exciting audiences in Northeastern Wisconsin since 1935, when the company was founded by a brother and sister team, Caroline and Richard Fisher.  Located along the shores of Green Bay the Fishers dreamed of an artistic community of actors, designers and technicians all focused on their craft while being surrounded by nature in a contemplative setting.   Today, patrons stroll paths along the cedar-lined forest, visit the theater’s outdoor beer garden, and in the summer months, watch the sun beginning to set over the water before settling into their seats in the all-weather pavilion for the latest Players fare.

The Fishers’ dream lives on as professional actors, directors and designers work side-by-side with college interns while living on the Players 16-acre campus, bringing audiences a variety of dramas, mysteries, comedies and musicals.  In 2005, the troupe closed its season early to begin construction on a new stage house and audience pavilion.  2006 was the first season in the new theater with permanent, cushioned theater seats, graduated floor and radiant floor heating.

The Players perform Tuesdays through Saturdays at 8 p.m. and Sundays at 7:30 p.m. in the early summer and change the Sunday curtain time in September and October to 7 p.m.

“Audiences seemed thrilled with the 4 p.m. closing matinee performances, so we have added another to our fall lineup,” Vinkler says.  “In the summer, matinees are hard for the company as we are always in rehearsal for the next play in the line-up.”

Matinee performances of each play will be held at 4 p.m. on each closing Sunday performance, July 4, July 25, Aug. 15, Sept.5 and Oct. 17.  An additional matinee has been added for Sunday, Sept. 26. There are no evening performances on matinee days.  Ticket prices are $29 to $36; no performances Mondays.  Season tickets and group rates are also available.  For more information or to reserve tickets, phone the Players’ box office at 920.868.3287 or visit the website at www.peninsulaplayers.com. 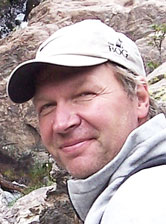 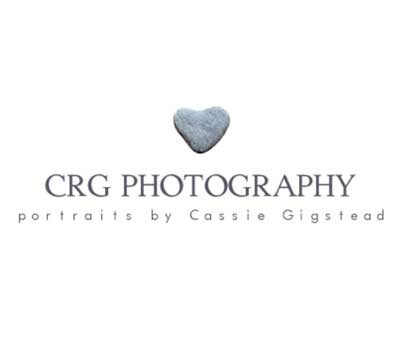 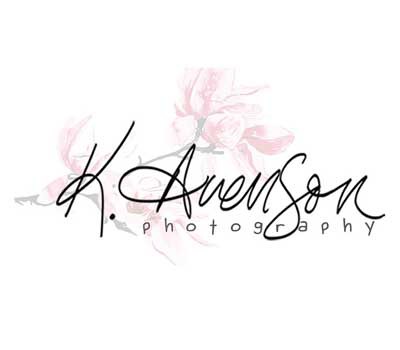