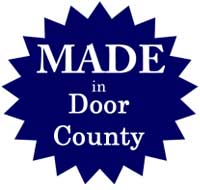 Recognizing things “Made in Door County” with features on the Peninsula’s independent, entrepreneurial and creative class as expressed in personal works and privately-owned business ventures, we hail Arem Arvinson. Ralph Murre is the author of “Crude Red Boat” and a collection of his poems and art entitled, “Psalms.” He released a third book of original works this summer. He is also the editor of several books of prose, poetry, photography and drawings by other authors and artists, published under his own Little Eagle Press. Ordering information for these books is available from littleeaglepress@gmail.com.

On November 20, 2010 he announced the fifth anniversary of the Arem Arvinson Log, a blog filled with observations, poems, original art and photographs. Here’s the latest poem posted there…

No stronger the chain,
they would say,
as they cast their glances
his way, the chances
that he would not be weakest
never even considered
as he frittered away
what they called their honor,
these colonels and better
from the 1800’s ‘til today.
Every silence, every wheel
turning against him
at the family table,
he enlisted in the fray.
Every cell of his cells
resisted his decision,
as the single-bar lieutenant’s
division went to war.
His Echo Company landed
amid sporadic blasts
on the first hot day
and by December
every ember of his pride
had darkened,
every platoon sergeant
and squad leader
hoped to frag him,
but he moved them,
against orders,
to a village
at the unseen gravel border,
where an air-strike
had been called on an emir.
There are children,
There are children,
he kept calling to the airmen,
There are children.
We’re going in.

It was friendly fire
that claimed him,
from a patriot PFC,
but the bombing was averted,
and the emir, if he was there,
and the children,
one more day,
went free.

The Arem Arvinson Log  is about all sorts of things and it’s huge, very well tagged and categorized, so plan to spend some time there… regularly. Everyone always wants to know who or what is Arem Arvinson. I had to dig back to the first Anniversary log to discover the story provided by Murre below:

Who is this Arem Arvinson, for instance? I first met him a few years ago and found that we had some things in common, including this body and this skull we share. Even his name, Arem, is pronounced like my initials: R.M., and my dad was named Arvin. Just where he came from is uncertain, but he seeks to counsel the neophyte writer in me – and to influence me in other areas – for which I must be on my guard.

Arem is the sort of guy who buys motorcycles instead of life insurance, has a bar tab instead of a savings account, would take a lover instead of a wife, believes in everything, worships nothing, has salt water and hot blood in his veins, and writes better haiku in a few seconds than I ever will in a lifetime. He’s more at ease on a tops’l yard in a gale than he is at a dinner party and while I fear him, I also envy him.

When I can get him to talk, this blog will be about his voyage; when he’s silent, I’ll keep filling in with bits from my own mundane journey.

Ralph Murre is a member of the Wisconsin Fellowship of Poets. His latest book, The Price of Gravity, from Auk Ward Editions, is a fine example of unique things Made in Door County. Even though this is Ralph’s third book, he claims to be… “as excited about this one as a bear with salmon, a baron with mousse, a mouse with brie.”

“I was lucky to have editor Charles Nevsimal to save me from myself.  A real wheat-from-chaff man, Charles, though I sneaked in a few things when he wasn’t looking. Poems in this book run the gamut of subject matter (perhaps something to offend everyone, as the tag-line for the film, The Loved One, put it) and the writing ranges from about seven weeks to seven years old, many of the pieces having been published individually in a variety of print and on-line journals and anthologies.”

At 92 pages and 81 poems, this is a great way to spend $10. You can find it at local bookstores or you can add $3 shipping and handling and order it the old-fashioned way by mailing a letter with a check for $13 enclosed to:

The “Made in Door County Series” is part of our efforts to help establish a more permanent culture in northeastern Wisconsin… or perma-culture as it has come to be known among sustainability advocates. Find out more at SpendingLocally.com and “Like” us on Facebook to learn more. 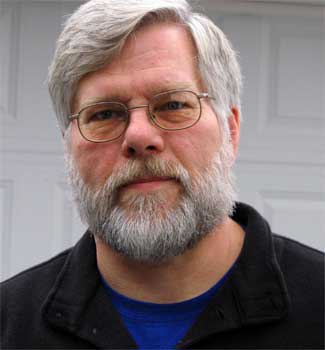 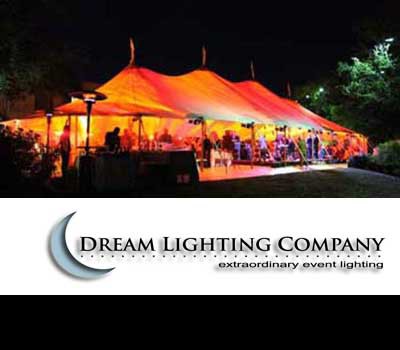 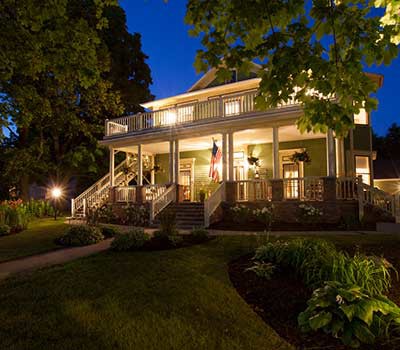